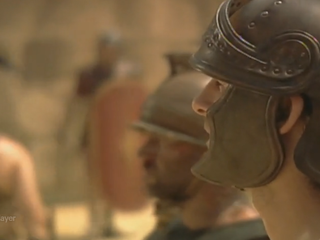 Series: Warriors
In 73 BC, Spartacus was a deserter from the Roman army. After being sold in the slave market, he leads his fellow slaves and gladiators in a bid for freedom. The rebellion was a victory for Spartacus and his men and brought the Roman Empire to the brink of revolution.

Interactions and Interdependence Power and Authority Resources and Wealth