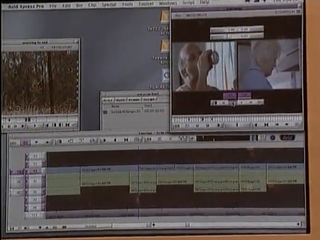 The Mechanics of Film. Part Two

This program explores the post production phase of the project. In this phase, all the elements created in the pre-production and production phases come together. Post production and marketing, editing, post production sound, music composition, and end credits are part of this phase of the project. Through interviews with the crew members viewers learn about the various roles involved in the final stages of film making. This program is to be used in conjunction with the programs 'Caravan', 'The Mechanics of Film: Part One' and 'Film as Text' that are also available on ROVER.