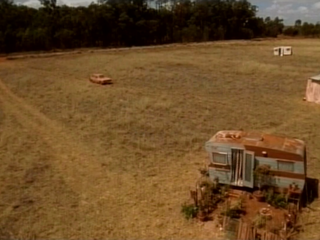 Caravan is a short drama about eight year old Saul who is abandoned by his mother at his grandmother's caravan in a deserted caravan park. Through stories that his Gran tells Saul with her playing cards, Gran teaches Saul that he has the choice to change the hand that life has dealt him. Later, Saul uses the cards to make meaning of the situation that he finds himself in. This program should be used along with the programs, Film as Text, The Mechanics of Film: Part One and The Mechanics of Film: Part Two that are also in the collection.