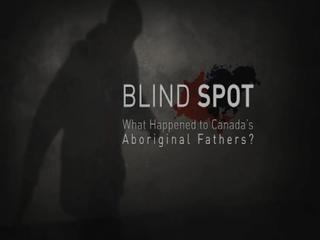 This video program explores the issue of First Nations children who grow up without their fathers - the "blind spot." Two central themes in the program can lead to classroom discussion. First, the decimation of the buffalo stripped males of their role as providers and protectors. Moving First Nations people to reserves created a culture of dependency. The residential school system further eroded the First Nations family structure. The second theme is the lack of support or recognition by Canadian governments and the public on the issue of absent fathers. President Barack Obama is bringing the issue of fatherlessness to the forefront in the United States. Filmed in North Central Regina, three men discuss fatherhood. Sixteen-year-old Tyson Kakaway is preparing for the birth of his first child. Only knowing his father through Facebook, Tyson vows he will do his best to be a father to his daughter. Andrew Kinniewisse is from the Yellowquill First Nation. Andrew is in the courts trying to prove that he can provide a stable home so that his two older children can return to live with him. Jeff Crowe spent 13 years in and out of jail; he now runs a parenting program at the Regina Correctional Centre.