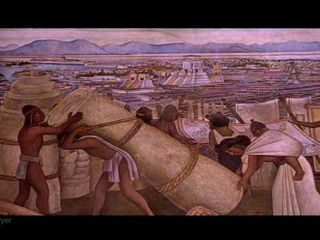 The End of the Aztec Empire

Series: The Aztecs
In 1519, the Spanish Conquistador, Hernán Cortès, sailed from Europe to land in what is now Mexico. Their journey inland was difficult, but they reached the Aztec capital city and met Moctezuma, the Aztec leader who expelled them from the city. In time they returned and overturned the great Aztec Empire and occupied the land. Viewers learn about what followed and why present day Mexico is a Spanish-speaking, Catholic country.