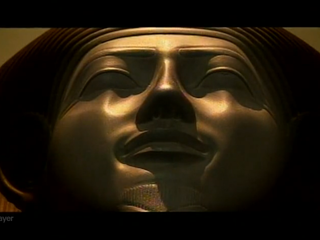 In the Name of the King

Series: Pyramid
Through the eyes of one of the conscripted builders, Nakht, the story of the building of the Khufu pyramid, The Great Pyramid at Giza, is told. Through high quality reconstructions and computer generated images, viewers learn about the archaeological evidence in the form of artifacts and writings that made it possible to reconstruct life in Ancient Egypt at the time of Khufu. A unique collection of artifacts in the British Museum including monumental stone carvings, building tools, tomb models and mummies is included. Location footage of the exterior and interior of the pyramids, temples and tombs at Giza,Saggara and Luxor, as well as a 3D computer graphic of the Great Pyramid, demonstrate both its scale and internal structure. This program follows the story of the conscript Nakht from his village on the Nile to the quarry at Giza where the stones for the pyramid are excavated. It looks at agriculture, the role of the Nile and crafts in Ancient Egypt.