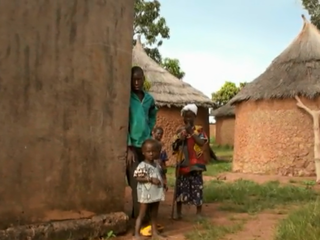 The Dark Side of Chocolate

This video investigates how human trafficking, child labour and slavery fuel the chocolate industry. Southern Mali and cocoa plantations in Cote d'Ivoire are featured. Hidden cameras capture traffickers selling children to plantations for labour. In 2001, major chocolate manufacturers signed a six-point protocol to outlaw child labour in the cocoa industry. Suppliers were supposed to be in full compliance by 2008. It is unclear if the protocol has any effect to reduce child labour in the chocolate industry. Portions of the video are in other languages with English subtitles.