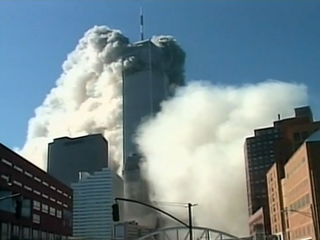 Series: News in Review: September 2011
On September 9, 2001, a group of terrorists carry out a devastating assault on the United States. Two planes crash into the World Trade Center in New York City, another one into the Pentagon in Washington, DC and a fourth one is downed in a field in Pennsylvania. This video discusses the impact of the attacks in the ensuing 10 years.