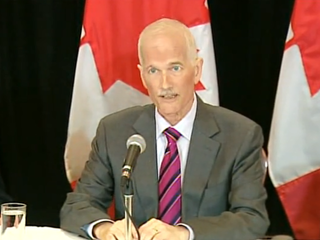 The Life and Death of Jack Layton

Series: News in Review: October 2011
On August 22, 2011, Jack Layton dies of cancer at his home in Toronto. His death shocks many Canadians and leaves the New Democratic Party aimless just three months after becoming the Official Opposition. This video looks at the life and death of Jack Layton and what his death could mean for his party and the country.