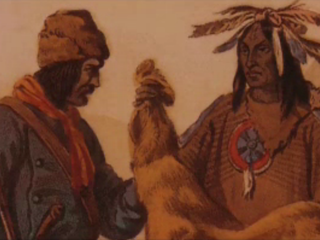 Series: Canada: A People's History
A small French settlement in New France builds a flourishing society and stakes a claim to a massive continent between 1660 and 1750. New France's populace includes shop keepers, artisans, farmers and landlords, as well as fur-trading expansionists like Governor Frontenac and his commercial partner, Robert Cavelier de La Salle. But this fast-paced growth brings New France into ever more bitter conflict with the wealthier and more numerous British colonists to the south. The story culminates with the heartrending deportation of more than 10,000 French Catholic Acadians as the struggle to possess North America enters its final phase.