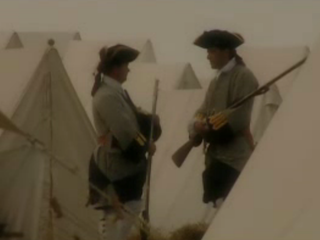 Battle for a Continent. Episode 4

Series: Canada: A People's History
A period of a little more than two decades in the mid-18th century changes the destiny of North America. England and France battle each other in the Seven Years' War, a conflict that begins as a clash between les Canadiens and land-hungry American settlers in the Ohio Valley and becomes a war that engulfs the continent. Fortress Louisbourg, symbol of the French empire, is the target in the greatest naval invasion in North America's history. In 1759, General James Wolfe leads the assault against Quebec. Later, Wolfe forces the commander of the French troops, Louis-Joseph de Montcalm, into one last desperate encounter on the Plains of Abraham. When war ends in 1763, 70,000 French colonists come under British rule, setting in motion the ever-evolving French-English dynamic in Canada.