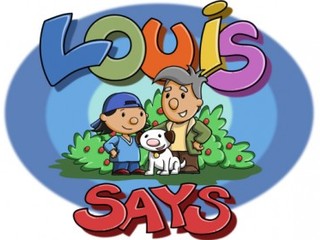 Series: Louis Says
Episode 4A: Goodbye Clutter - Louis gives Randy a sack and instructs him to collect uyanisa and metuwakuna (clothes and toys) for donations. Anne tells Randy that the words mean clothes and toys and suggests that he donates some of the clothes and toys that he doesn't use anymore. Episode 4B: Count on Anne - Louis gives Randy a large bannock. He tells Randy to kakeeskis (cutting into slices) and give bannock Mr. Thompson, Mr. and Mrs. Charles, Katie and Anne. Randy first heads to Anne's house. Anne tells Randy the word kakeeskis means cutting into slices. Randy, Anne and Katie count the bannock slices from one to five in Cree.