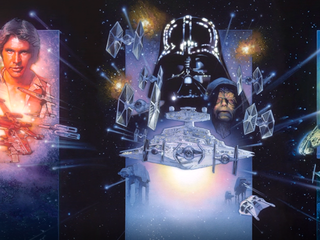 Series: That's Art?!
This video contains some nudity. Educators are advised to preview all video programs before using them in the classroom.
Drew Struzan has gone from being a poor kid in Oregon City to becoming Hollywood's most celebrated poster artist. His bold brushwork has defined some of the greatest movies and characters in modern cinema, from Star Wars to Harry Potter. Buff Monster's cuddly characters appear on everything from billboards to trading cards and they're all pink. And Sam Radoff has been making art for almost 70 years. He started painting on cars but he's ended up in high-priced galleries.