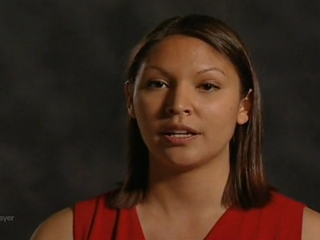 Series: Landing: Stories From the Cultural Divide
While Michelle was raised by a white family, she has always known of her Aboriginal roots. After she experienced a sweat lodge ceremony she began to explore her Aboriginal roots. She became a traditional dancer and was preparing to dance for the first time at a powwow in the Qu'Appelle Valley.

Moving Forward - Establishing and Realizing Personal Self-Knowledge Who am I?