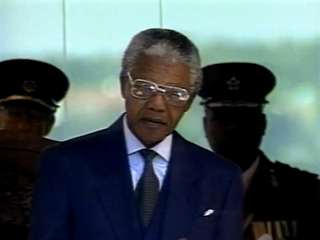 Series: Great Hearts of Courage
This video provides an overview of Nelson Mandela's activism and struggles for equality. Nelson pays a heavy price to become the first Black president of South Africa. He is imprisoned for 27 years for fighting against apartheid. After his release from prison, Nelson leads his political party in the negotiations that led to multi-racial democracy in 1994. During his years as President of South Africa, Nelson often gave priority to reconciliation. After his retirement, Nelson continues to be an advocate of social and human rights causes.

Interactions and Interdependence Power and Authority