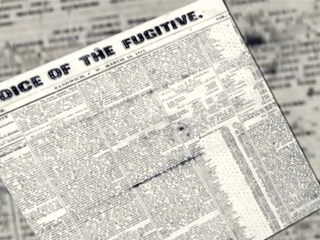 North to Freedom: The Underground Railroad to Canada

In this video, students learn about the "passengers" and "conductors" of the underground railroad system. In the U.S., the end to slavery was gradual. Sometimes children would be declared free, while their parents were still slaves. Canada did not have fugitive slaves laws, which made the country desirable for slaves seeking freedom. After arriving in Canada, African-Americans faced other problems. How to provide for themselves (food and shelter), find work and the ability to purchase land. Above all, they still faced discrimination. The program is enhanced with archival photographs and illustrations. Additional features include underground railroad vocabulary and a suggested activity.

Interactions and Interdependence Power and Authority