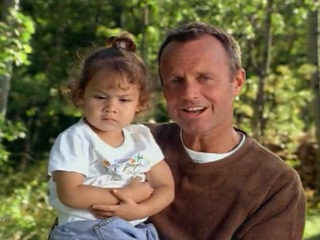 Seeing Ourselves: Media and Representation (videos 1 to 14)

Series: Scanning Television, 2nd Edition
This program was developed based on Ontario's provincial standards document which links outcomes to eight key concepts. Teachers should preview the clips before classroom use as some content may be considered controversial (e.g., sexual innuendo, mild swearing and suicide).
These short videos are designed to increase media literacy skills. Students should develop an understanding of and how to use the mass media. The programs should assist students to understand and enjoy how media works, how meaning is produced, how media is organized, and how media constructs reality. Students should also be able to create media works. The videos include: 1. On Television (7:32 min) MediaTelevision's 10th anniversary program examines the predictions made by media experts to see which came true and which took a left turn. 2. MADtv (8:03 min) If comedy is the mirror of society, what does the sketch comedy in MADtv say about us? 3. The Lumiere Brothers' First Films (4:06 min) The history of cinema began on March 19, 1895 when the Lumiere brothers asked the workers at their factory to appear in the world's first film, Sortie d'usine. 4. Are You Popular? (5:25 min) A 1947 classroom film offers teenagers advice ranging from sober to absurd about how to be popular. 5. Dating Do's and Don'ts (5:34 min) The way that social mores have changed can be seen in this 1949 classroom film about what to do, and not do, on a date. 6. The Commercial Closet (6:02 min) The Commercial Closet website charts the evolving worldwide portrayal of gays and lesbians in mainstream advertising. 7. Canadian Elections and the Media (10:56 min) Strategists, campaign managers and media analysts talk about the power of political messages and how they affect us not only as voters by as viewers as well. 8. Women are Not Little Men (8:53 min) The outrageous text of a 1950s industrial manual inspires a satire about women in the workplace that blends new drama with old footage. 9. PSAs Aimed at Children: The Chase (0:36 min) The ability to run comes in handy, if you want to escape from girls. 10. PSAs Aimed at Children: What's Your Thing? (1:07 min) While nobody can be good at everything, this PSA tells boys that everybody is good at something. 11. PSAs Aimed at Children: We are Girls (0:52 min) This PSA encourages girls to stay true to themselves. 12. PSAs Against Racism (6:15 min) Each year students across Canada create short PSAs about racism for a national contest. These are ten of the winners. I Have a Dream, I'm Back, Morphing Faces, Claymation, News Story, Stop Racism, Pop-a-long, Wall of Racism, They Always Listen, Dans le noir. 13. The Awful Truth: The African-American Wallet Exchange (7:26 min) Host Michael Moore wonders how police officers could mistake wallets for guns in the shooting deaths of African-Americans, and he starts a simple campaign to save lives. 14. Is Suicide Too Much for MuchMusic? (19:50 min) Singer Bobby Gaylor's music video addressing youth suicide generates a dialogue between experts, youth and the artist about what is helpful, effective, safe and appropriate to show on television.