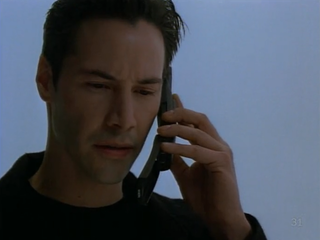 Series: Scanning Television, 2nd Edition
This program was developed based on Ontario's provincial standards document which links outcomes to eight key concepts. Teachers should preview the clips before classroom use as some content may be considered controversial (e.g., sexual innuendo, mild swearing and suicide).
These short videos are designed to increase media literacy skills. Students should develop an understanding of and how to use the mass media. The programs should assist students to understand and enjoy how media works, how meaning is produced, how media is organized, and how media constructs reality. Students should also be able to create media works. The videos include: 25. The Spaghetti Story (2:33 min) In 1957 the very proper BBC informed viewers that spaghetti grew on trees. 26. PSAs Aimed at Children: House Hippo (1:06 min) The North American House Hippo nests in closets, lives on peanut butter and toast, and is a metaphor for inactive children. 27. PSAs Aimed at Children: Smart as You (1:06 min) A talking TV explains that kids are smarter than the television. 28. Advertisers Make Use of History (3:07 min) Alcatel, a French telecommunications company, creates a controversial ad using footage from Dr. Martin Luther King Jr.'s 1962 "I Have a Dream" speech. 29. POP! Goes the Product (6:05 min) Companies buy access to teen audiences by paying pop artists to promote their products in video and print campaigns, on stage and on tour. 30. Urban Monkey (4:14 min) This city-loving Internet filmmaker has created an online alter-ego called "Urban Monkey". His character, an homage to the 1970s, is hip, happening, and just a little bit hopeless. 31. Hollywood Electronic Press Kits The Matrix: Action Scenes (7:08 min) The interviews with the starts, action clips, and glimpses behind-the-scenes that appear whenever a major movie is released are provided free to broadcasters as part of a sophisticated promotional tool called an Electronic Press Kit. 32. The Matrix: On the Set (5:50 min) Television stations can combine "making of" footage such as this with voice-over interviews or narration. This excerpt focuses on the use of the "green screen" for special effects. 33. The Matrix: Interviews (4:19 min) Keanu Reeves and Carrie Anne Moss discuss their characters, Laurence Fishburne talks about the science fiction genre and producer Joel Silver refers to the martial arts sequences. 34. Rev. Bill Project (6:20 min) The self-described Minister of the Church of Stop Shopping uses performance art to question consumer habits and corporate advertising. 35. The Awful Truth: The Voice Box Choir (8:31 min) Host Michael Moore visits the offices of a tobacco company at Christmas, accompanied by a quartet of throat cancer sufferers who sign Christmas carols through their electronic voice boxes. 36. Channel One Network (5:38 min) Channel One's in-class broadcasts provide news and advertising to a captive audience of eight million American students.