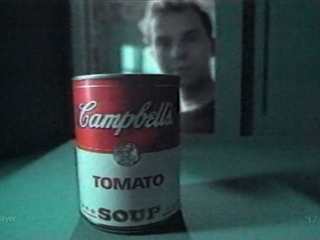 Series: Scanning Television, 2nd Edition
This program was developed based on Ontario's provincial standards document which links outcomes to eight key concepts. Teachers should preview the clips before classroom use as some content may be considered controversial (e.g., sexual innuendo, mild swearing, and suicide).
These short videos are designed to increase media literacy skills. Students should develop an understanding of and how to use the mass media. The programs should assist students to understand and enjoy how media works, how meaning is produced, how media is organized, and how media constructs reality. Students should also be able to create media works. The videos include: 37. Branding (5:48 min) Branding and media expert Jack Myers discusses the financial clout of the youth audience, the changing shape of advertising and the emergence of branding as the ultimate marketing exercise. 38. Radical Transmission Syndicate: News Unlimited (5:52 min) The Radical Transmission Syndicate's independent reports provide opinions rarely explored on mainstream media, including stories critical of logging, nuclear industries, and the domination of cities by cars. 39. The Kennedy - Nixon Debate (3:01 min) In the first-ever televised American presidential debate, Nixon did not shave or wear makeup -- Kennedy had a great tan. The rest as they say, is history. 40. The Zapruder Film of the Kennedy Assassination (3:12 min) A silent 8mm amateur movie of the Kennedy visit to Dallas became one of the best-known films of the 20th century when Abraham Zapruder filmed the assassination of the President. 41. Coverage of Media Coverage on 9-11 (8:44 min) When the World Trade Centre attacks began, MediaTelevision observed the newsmakers as they scrambled to cover the still-unfolding events. 42. Media, War and Censorship (6:47 min) When governments request restraint in war reporting, should media outlets be critical or compliant? What happens to reporting when the media are also targets? 43. Al-Jazeera Television (5:04 min) Widely misunderstood in the west, Qatar-base al-Jazeera is a highly respected news network with more than 35 million viewers. 44. Radio Havana (7:00 min) Radio Havana struggles to get its message to its listeners despite being underfunded, understaffed and challenged by sophisticated anti-Castro broadcasters.

Teacher's Guide
Video: Seeing Ourselves: Media and Representation (1 to 14)
Video: Selling Images and Values (15 to 24)
Video: Our Constructed Worlds: Media Environments (25 to 36)
Video: New and Converging Technologies (45 to 51)