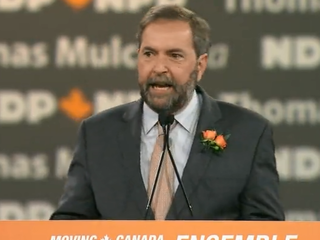 The NDP Chooses a New Leader

Series: News in Review: May 2012
In the last election the New Democratic Party became the official opposition in Parliament. Three months later its leader, Jack Layton, dies of cancer and a race begins to succeed him. This video looks at that race and how Thomas Mulcair became the NDP's new leader.