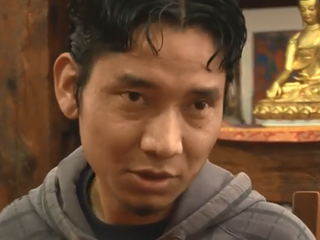 The video includes footage from the original TV series of the individuals when they were 16.
In 1992, a TV series titled Turning 16 filmed six teens from around the world. Sixteen years later, the filmmakers search for the young men and women to see who they have become and what has happened to their dreams. Rosie, Puttinam, Pintinho, Idrissa and Sonam talk about their lives from when they were 16 to age 32. Some would not change any of their experiences, while others would change some aspects of what happened to them. The producers ask each individual to anticipate where they will be at age 48.