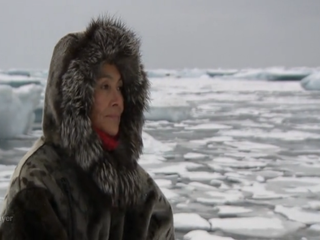 Martha of the North

The Canadian government devised a plan to relocate families to ensure Canadian sovereignty of the Arctic. The families were told game was plentiful, communities would be in one place and they could leave after two years. When Martha was five years old, her family was enticed to leave their Inuit village and relocate to Ellesmere. The relocation is poorly planned with no thought and understanding given to the Inuit lifestyle. Life is harsh in the high Arctic. Game is scarce, the cold is extreme, the housing is poor and two communities are established. The program examines the relocation, the effect on the family structure and the human spirit's ability to overcome challenges.