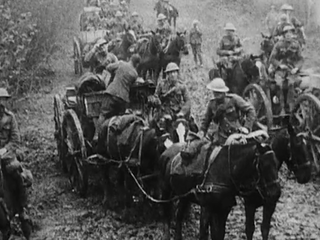 Series: Canada: A People's History
Canada's heavy military role in World War I (60,000 dead in a population of 8 million) transforms its society, its politics and its place in the world. The horror, bravery and sacrifice of trench warfare are evoked in Canada's great battles: Ypres, the Somme, Vimy Ridge, Courcelette and Passchendaele. The domestic consequences of Canada's war effort are also wrenching - the conscription crisis of 1917 marks a low point in English-French relations. After the war ends, labour revolts in Winnipeg and across the country raise fears of a Bolshevik insurrection. The return to stability in the mid-1920s lasts only briefly as the crash of 1929 plunges the country into economic chaos.