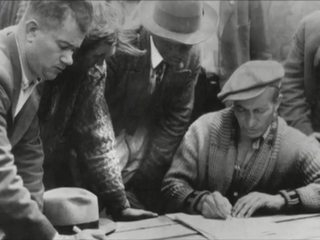 Series: Canada: A People's History
Canada's economy collapses during the 1930s, creating a prolonged political and social crisis. In the context of the Dust Bowl, the relief camps and the Regina Riot, political leaders such as William Aberhart, Maurice Duplessis and Mitchell Hepburn capture national attention. Meanwhile, an increasingly menacing international climate sees the rise of fascism and mounting likelihood of another world war. When war does arrive, Canada finds itself fighting virtually alone at Britain's side.