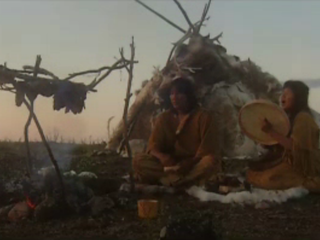 When the World Began. Episode 1

Series: Canada: A People's History
This episode looks back more than 15,000 years at the history of the first occupants of the territory that would become Canada. From the rich resources of native oral history and archaeology come the stories of the first people - how dozens of distinct societies took shape, and how they encountered a strange new people, the Europeans. Among the earliest of these encounters is the 1534 meeting between Jacques Cartier and Donnacona, the Iroquoian chief. Later on the Pacific coast, Nootka chief Maquinna encounters John Jewitt, the English sailor.