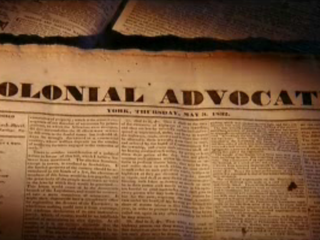 Series: Canada: A People's History
By 1830, the struggle for democratic government in the colonies of British North America has reached a fever pitch. As the colonies grow in wealth and population, a generation of charismatic reformers - Joseph Howe in Nova Scotia, Louis-Joseph Papineau in Lower Canada and William Lyon Mackenzie in Upper Canada - confront the appointed governors and their local favourites with one demand: let the citizens' elected representatives run their own affairs. In the Canadas, the struggle leads to bloody rebellion and disastrous defeat for the rebels. Yet within 10 years, the prize of self-government is won, thanks in part to an unexpected alliance between the French and English-speaking forces of reform.