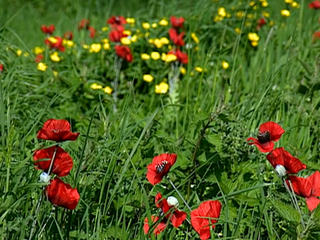 The First World War's terrible Second Battle of Ypres has just broken out in Belgium. Canadian troops, stationed along the Yser canal, are under heavy fire and the number of casualties is mounting. Among the dead is Alexis Helmer, killed early on the morning of May 2, 1915 - the victim of a direct hit from a German shell. Dr. John McCrae, a friend of Helmer's, is there to pick up the pieces of the body and deliver a burial service over the gun blasts. McCrae would later pen the poem, "In Flanders Fields," while looking out over Helmer's grave.