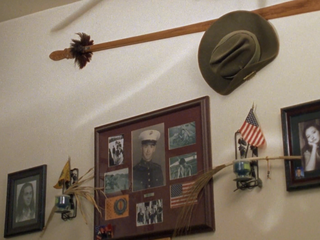 Eugene "Gene Boy" (pronounced Genie Boy) Benedict was raised on the Odanak Indian Reserve, Quebec. At age 15, he left home to work construction in New York State. At age 17, he accepted a dare to enlist in the US Marines. A few months later, he was at the frontlines of the Vietnam War. This film depicts the ugliness of war during Gene Boy's two years of service in Vietnam and the after effects of war on him - physical, emotional and psychological. Gene Boy returns to the reserve and his roots to begin healing. The film is directed by Alanis Obomsawin.