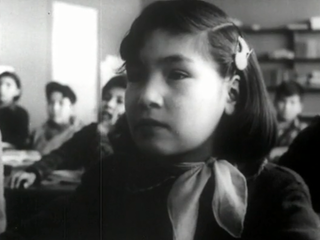 Series: The National
After decades of waiting, Aboriginal Canadians receive a formal apology from the federal government on June 11, 2008. This event in Canadian history recognizes the loss of culture caused by the church-run residential schools that thousands of Aboriginal children were forced to attend. It also acknowledges the physical and sexual abuse that many suffered in those institutions. Stolen Children explores the impact of residential schools on former students and their children and grandchildren. Survivors share their experiences and discuss the legacy of fear, abuse and suicide being passed down from generation to generation. The words of successive Canadian politicians and bureaucrats are revealed against a backdrop of archival footage, a reminder of the policies and convictions that drove the government of the day to seek "a final solution to the Indian problem." The video also includes the original broadcast of Prime Minister Stephen Harper's apology, the apology of Stéphane Dion, Leader of the Official Opposition, and reaction from the Aboriginal community and Aboriginal leaders.