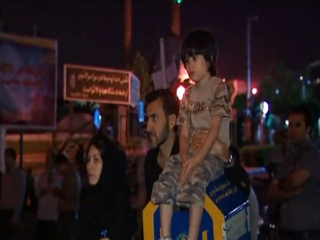 Series: News in Review: September 2009
In early August, Mahmoud Ahmadinejad was sworn in as President of Iran after weeks of bloody unrest. Ahmadinejad was elected in June, but his opponents said the vote had been rigged and took to the streets in protest. At least 30 people are killed and hundreds are arrested.