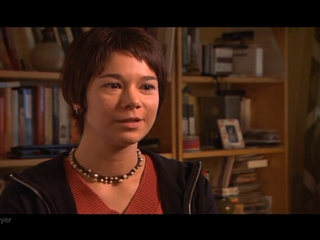 Series: Storytellers in Motion 2
Lisa Jackson (Anishinaabe) spent her early years as a "tough kid" growing up in Toronto and later moved to Vancouver, where she eventually studied Film at Simon Fraser University. This episode brings us to the 2007 Whistler Film Festival, and the world premiere of Lisa Jackson's television documentary, "Reservation Soldiers." The film raises many questions such as: why the military is actively recruiting Indigenous youth and the systemic issues that exist on many reserves - where young people feel that it is their best and "only" option. Lisa's contribution to filmmaking began with the release of her 8-minute documentary, "Suckerfish/" She describes this short documentary as being "a container" for her to begin to reconstruct her feelings and experiences and to re-examine her relationship with her mother.