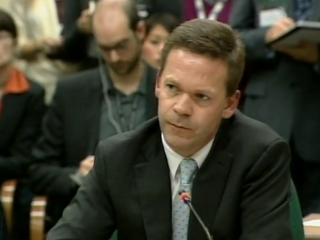 Richard Colvin and the Afghan Detainees

Series: News in Review: February 2010
In November, a Canadian diplomat triggers a political firestorm on Parliament Hill. Richard Colvin tells a committee that Canadian troops have been handing over prisoners to Afghan authorities, even though the government knew they might be tortured. The government denies it, refuses to hand over the documentation and then suspends Parliament.